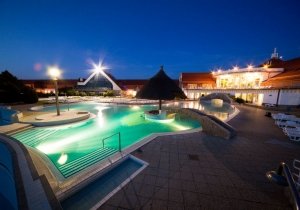 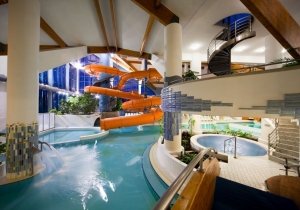 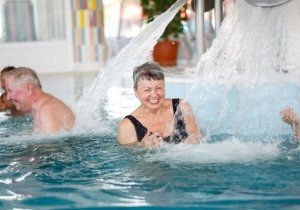 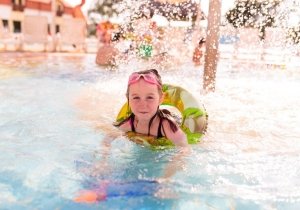 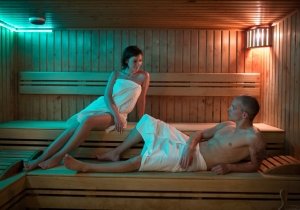 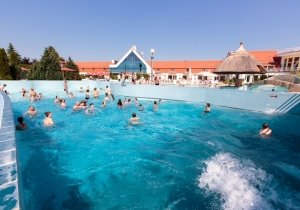 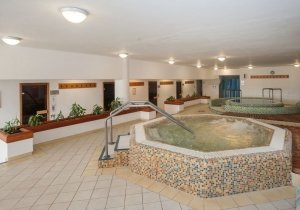 It got its name from the entusiastic and knowledgeable weather forecaster and environmentalist who passed away at a young age. It is a double loop route, one of 8 km, the other of 4, and if linked with the Zalaszántó nature trail, constitutes the most famous geological treasure of Kovácsi-hill, the highly protected part of the Balaton Uplands Nature Park, the renowned „basalt road” can be seen here too.

A special, black stone ditch corridor came about among the basalt slabs due to the landslide slump at the western and southwestern edge of the basalt covering the Kovácsi hill group. Strong windstorms also played their part in their formation, as they eroded the layers supporting the basalt – easily erodable sand among others. There are several well-known openings, holes, cave-like crevices, such as the Vadlány-lik.

According to legend, a beautiful girl once fell in love with a poor boy somewhere in the area of Kovácsi hill. When the girl’s parents realised this, they did everything to stop the marriage. They pretended to be happy and convinced the girl to invite his beloved one to their place. The girl’s heart was full of joy when she could finally introduce her sweetheart. The mean-spirited parents, however, kept offering the boy wine unti he got well drunk. In this state, the father took him away with the pretense of showing him the stables and the farm. In the stables, however, the police was waiting for the boy, and they killed him on the father’s request. When the girl got to know this, she went almost mad of grief and ran away from home. She was never seen again, only the villagers heard some faint and sad girl’s song from among the trees at nighttime...

Vadlány-lik cave is from the same age as the basalt road. Cracks, parallel and perpendicular to the ditch of the basalt road, came about as a consequence of the tilts and slumps. The Vadlánylik cave is the result of such a perpendicular crack. Several animals found shelter and refuge here, of which the most interesting might be the bats active at night. The guano, heaping under the cave roof, is evidence of their presence. This cave has a special place among local caves, as its size, location and „comfortable feel” made it an adequate place to serve as home, even if only periodically. 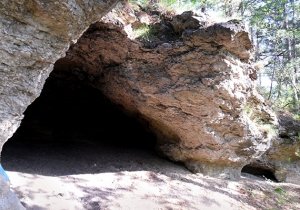 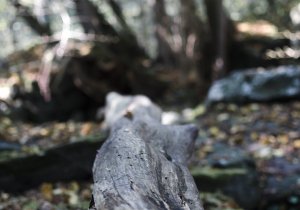 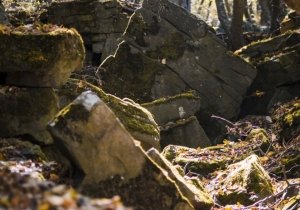 On the occasion of the 200th anniversary of the birth of Ferenc Deák, a permanent exhibition entitled „The Wise Man of the Nation, the pride of Zala county” was inaugurated in Kehida, in the very building which served as Ferenc Deák’s home between 1808 and 1854.

Five interconnected rooms of the eastern wing of the L-shaped aristocratic building the squire used to live in host the exhibition. Apart from presenting the career of the excellent statesman, the rooms recall the atmosphere in which Deák and the Hungarian gentry of the 19th century lived and worked in.

Deák loved nature a lot. He spent a lot of time on his estate in Kehida. According to legend, he used to sit, deepened in his thoughts, beneath the trees embracing the Deák-well.

This place, blessed with a special atmosphere, is deservedly one of the most popular places for tourists who visit the area. According to radioesthetic measurements, there is beneficial ground radiation here – the Saint George line is passing in the depth of the earth.

It is an excellent place to meditate and chill out. Time spent here can rejuvenate not only the soul, but also the spirit.

It can be approached from Kehidakustány Kúria út. Signs show the way to the Deák-well along the mountain road.

The 13th-century building was renovated in 1719 and then transformed to serve as the crypt of the Deák family. The family buried its members here until the middle of the 19th century. Its altar is a Baroque piece of work from the 18th century.

The Kustány church irradiates majesty even in its ruined state. There used to be two villages here before: Alsó- or Egyházaskustány and Felsőkustány. The parish church of Egyházaskustány was built sometime in the 12th century on an island of the Zala river, its first mention is from 1256. The name of the old island must have been Elek island, later on Kustányi island, and then Hermit island due to the hermits living here. The church, deteriorated as a consequence of the Turkish incursions, was restored in the 18th century. Judging from the ruins, we can conclude that it must have been a 7,5-metre high building, articulated from the outside too, possibly 6 metres wide and 18 metres long.

Shortly before the Deák-well, on the left side of the road, there is a new chapel, set in wonderful harmony with nature in an extraordinary forest atmosphere. The chapel, erected as an homage to king Saint Ladislaus and bearing the stylistic features of the age of the Hungarian Árpád-dynasty, was built by local László Kerékgyártó. Its inauguration was a festive moment, and will hopefully become a pilgrimage place. The building was designed by Zalaegerszeg designer Ágnes Barattáné Zámbó. The chapel, 12x6 m in size, has a 12 m high tower, and its walls, made of reused brick, provide a special antique atmosphere. The curved, glued wooden roof structure and the double tiles are characteristic of the age of the Árpád dynasty. Its windows have a coloured glazing, the sunlight penetrating the church is glittering in our national colours. The chapel tower evokes a legend related to Saint Ladislaus. It represents Saint Ladislaus’s sword, the leader of the Hungarian troops fighting the Cumanians. He brought forth water of a rock with a swing of his sword in the Torda mountans, quenching thereby the thirst of his exhausted troops. 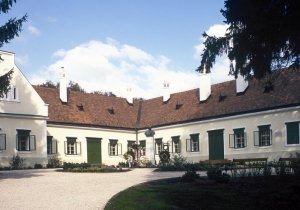 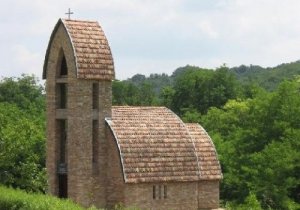 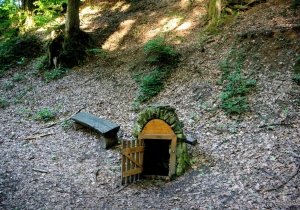 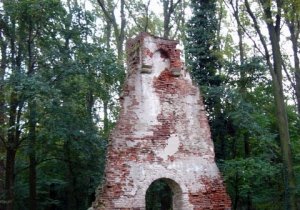 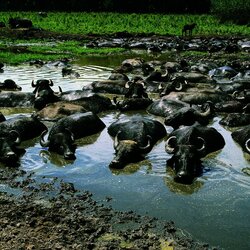 Kányavár-island: It can be approached easily from the road between Sármellék and Balatonmagyaród. Its entrance is a wooden bridge, renovated in 2005, offering an extraordinary sight. The primary goal of the looping, 3 km long nature trail is to present the varied bird life of the Kis-Balaton.

The Buffalo Reserve of Kápolnapuszta: The Buffalo reserve can be found in Kápolnapuszta, between Balatonmagyaród and Zalakomár, after leaving Kányavár-island. During the day, the animals graze further away from their stables, but at 15.00-16.00 you can already see them yourselves and feel free to stroke them. The reserve has been part of the Balaton Uplands National Park since 1997.

Kis-Balaton House: The Kis-Balaton House can be found on the road connecting Zalavár and Zalaszabar. The goal of its exhibition is not only to present the values of nature, but also to introduce historical and ethnological aspects, and create a cultural centre at the same time. The chapel in the vicinity of the house, the memorial column of Cyril and Methodius, together with the archeological excavations emphasize the importance of the memories from the recent and distant past.

The ruins of the Saint Adrian Basilica: Liutpram, the bishop of Salzburg had the church built between 852 and 853 and the mortal remains of martyr Saint Adrian were laid to rest here. The church, unique even in Western European terms, could have served as the archetype of the so-called ambulatory churches. After excavations, which lasted eight years, the basilica ruins were preserved and consecrated anew. The Romans already founded a town south of today’s Keszthely. The remains of the settlement present all the important moments of medieval times. It used to be an important fortification against the Turks. The 18th century brought prosperity to Keszthely, as it was here that the owner of the region, György Festetics founded the first European higher education institute on agriculture, the Georgikon. It was the same Festetics who organised the literary encounters of Transdanubian writers, the so-called Helikon feasts in Keszthely. It used to have two important centres in the Middle Ages, today’s Fő tér and the palace area. Most sights are still located around these two places and on the walking street linking them.

Town Hall: (Fő tér) Its foundations are from the 18th century, its current form reflects a late rococo style, the Town Hall itself can be found inside.

Festetics palace: Construction started in 1745, it obtained its current form between 1884 and 1887. The 101-room building is currently a museum and a conference centre. Its most valuable room is the Helikon Library built between 1799 and 1801, still exhibiting its original furniture and 86.000 volumes.

Marzipan Museum: It is about 200 metres from Festetics palace, under Katona József utca 19, where 100 ornamental marzipan pieces of the pastry chef are exhibited.

Georgikon Farm Museum: (Georgikon u. 20.) Apart from the history of Hungarian higher education in terms of agriculture, there is an exhibition on cereal growing, viticulture, wineries and stage coaches, together with a wheelwright and blacksmith shop. The working steam plough is an impressive sight.

Balaton Museum: (Kossuth u.) It is a Neo-Baroque building, hosting a permanent exhibition on the upper floor about the formation, fauna and flora of Lake Balaton, as well as about the historic relics of the area. There is a Roman and medieval lapidary and the memorial room of the famous painter János Halápy.

Boat trips from Keszthely bay: Different boat trips await our visiting guests in the summer season. You can enquire about the precise hours on phone numbers (+36) 83/312 093 or (+36) 312 136 or you can ask our colleagues for help. 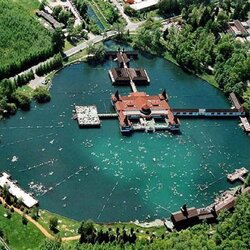 The most well-known attraction of the Hévíz Thermal Bath Nature Reserve is Hévíz lake or Hévíz Thermal Lake with its 4.44 hectare extension, which is the largest European hot-water thermal lake with the 50-hectare protective forest around it. The first bathhouse, built on rafts, was commissioned in 1772 by György Festetics, the founder of the Keszthely Georgikon.

This lake is a special formation, as contrary to other hot-water lakes, usually to be found in places of volcanic origin, on clay or rock soil, Hévíz lake is a peat bed turf lake. It can be found along the western slope of the Keszthely plateau, in the Hévíz valley, next to the town of Hévíz.

Sümeg Castle is one of the most beautiful medieval fortresses of the country, preserved in a relatively intact state, built on a bare hilltop rising high above the rest of the landscape.

Buddhist Stupa: The Buddhist stupa, erected in 1992-93, can be found in the Park of Human Rights. It is 30 m high, a snow-white structure with a 24-metre diametre and a 24 m high tree of life and Buddha relics inside.

Our apartment houses
Apartments on the Öreghegy